OWNDAYS MEETS’s fifth guest is Takanori Gomi, a professional mixed martial artist known as “The Fireball Kid” who has taken the fighting world by storm and continues to perform on the world stage. We talked to him about his journey so far, one in which he has used his body as a weapon to take on fighters from around the world, and his future path.

Born on September 22nd, 1978, Takanori Gomi is a representative of Kugayama RSCL Mixed Martial Arts Gym. He is also a fifth generation Shooto World Welterweight Champion and a first generation PRIDE Lightweight Champion. He started out on the road to becoming a martial artist after watching a boxing bout on TV and then after taking lessons in wrestling at Kiguchi Sambo School, Gomi made his professional debut as a mixed martial artist in November 1998. He became the fifth generation Shooto World Welterweight Champion after achieving successive victories, and subsequently went on to participate in PRIDE at the height of its popularity, recording six consecutive one-round KO victories against contestants from overseas. Gomi also recorded 10 consecutive victories in the PRIDE Fighting Championships, becoming the first PRIDE Lightweight Champion. He later switched to the Sengoku Raiden Championship and UFC, where he remains active at the forefront of global competition.

How did you get started on your path to becoming a fighter?

It was around the end of junior high school, before becoming a senior high school student. I just happened to see some boxing on TV and the boxers looked so much more impressive than me at that time, and that made me want to test myself and see whether I could enter that world and compete. I wanted to challenge myself in a tough environment.
I first did boxing for around a year, and then I learned wrestling and the basics of hand-to-hand fighting. Shooto and UFC were booming in popularity at the time, so next I decided that I wanted to try mixed martial arts as well. When I was about 18, I was starting to think about becoming a professional mixed martial artist. 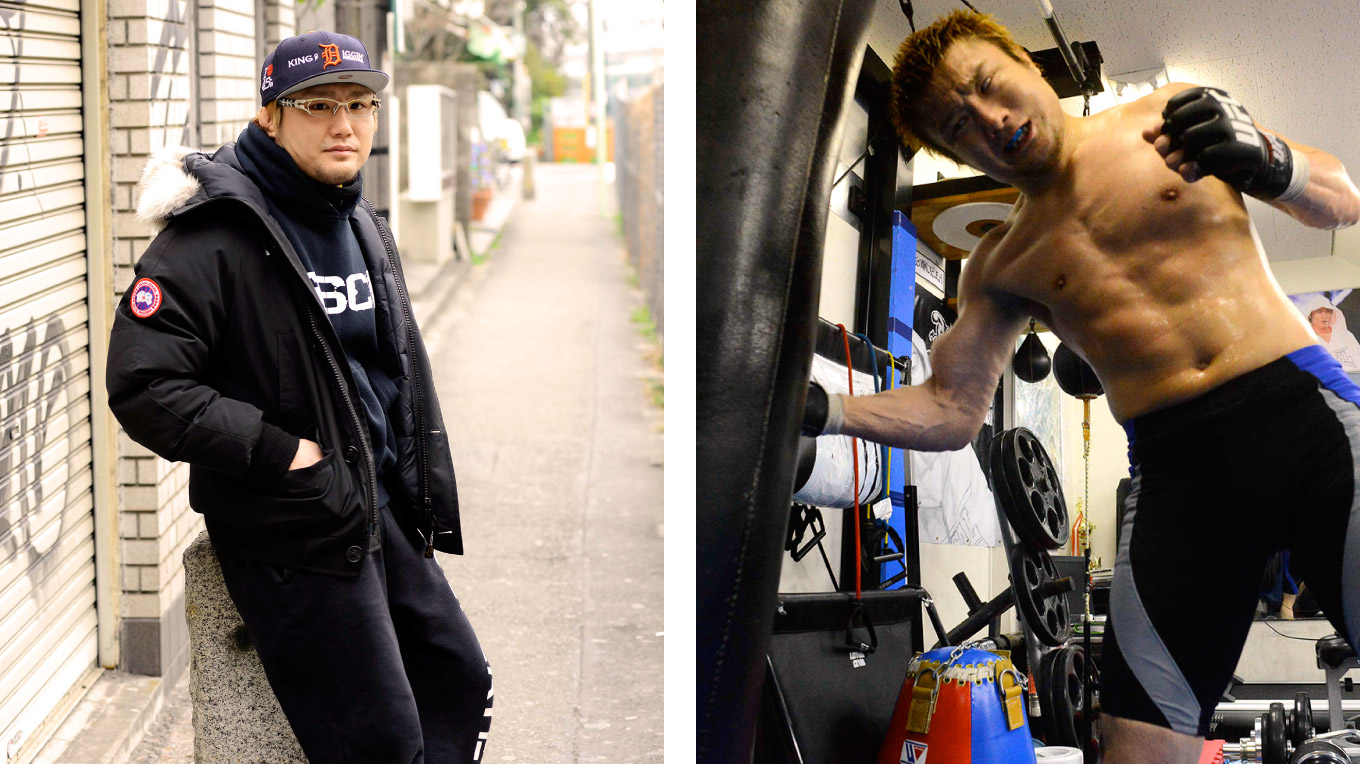 Your journey included successive victories as a professional and you went on to stardom in PRIDE, which was then at the peak of its popularity...

That’s right. Things were different to the way they are today, it was interesting because more and more people came to support me in each consecutive contest so I could feel the rising popularity of hand-to-hand fighting.
Things have changed now, but I still compete with a desire to live up to the expectations of the people who support me, children who have grown up knowing me and supporting me, the people who are close to me, and my fans. I continue to push myself every day to do well in my fights. 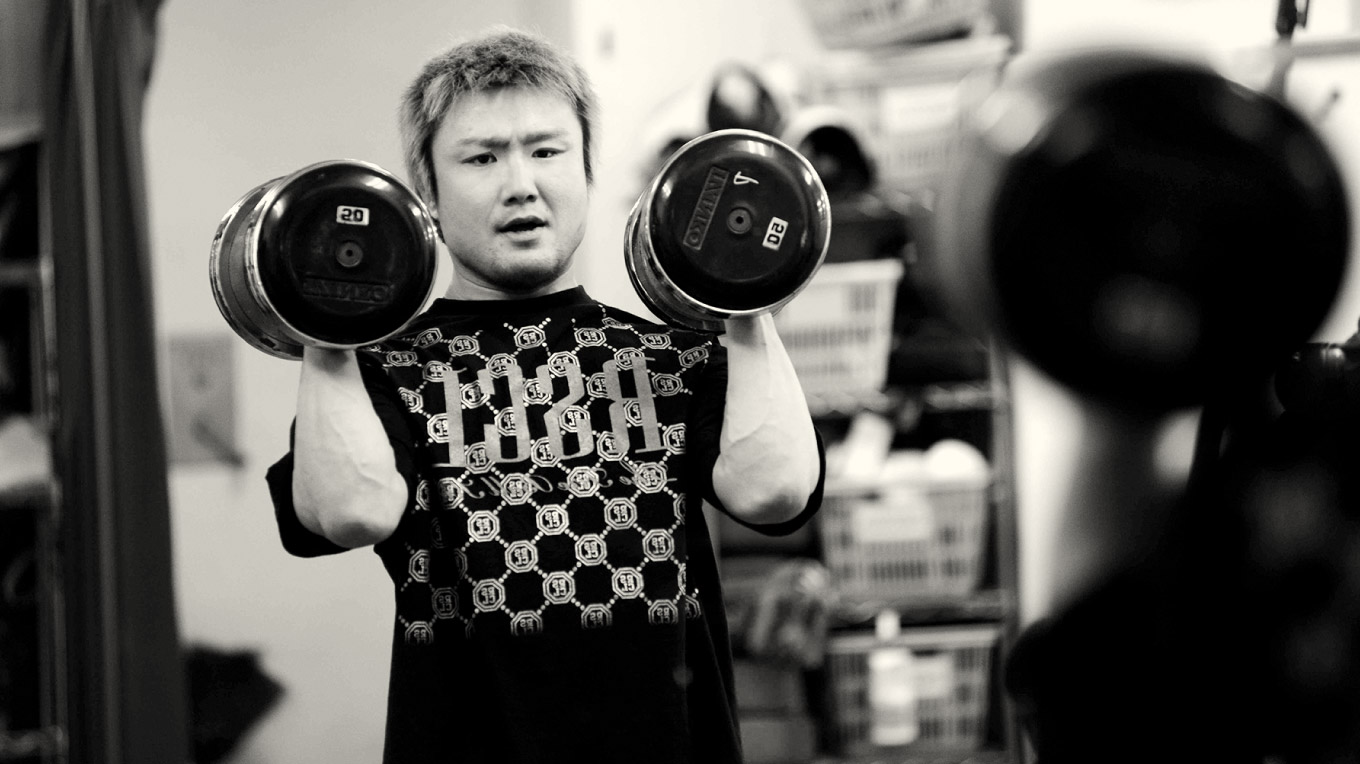 In your last fight you were injured and your next fight will be your first in about a year. How are you feeling now?

Last year, I sustained a fracture in my right arm at the Japanese Championship, leaving me unable to compete for a year. Stress accumulated during my time out, at times I almost gave up, and the days dragged on and on.
Now I just want to win. Above all else, I’m setting out to be victorious. I want to compete in fights where I can use everything I’ve practiced, fight to the end without regrets, and share the joy with my supporters. I feel that this will mean victory for me as well as my supporters. That’s what I’m looking for. The fight in America is on foreign soil, and it would be perfect to win it decisively with a KO.

MMA seems like a very tough world, so what gives you motivation?

It’s the sense of fulfillment I get from making sure I stay disciplined every day and work towards my next fight without giving in to anything, because it means that I stay true to myself no matter what. I can keep on giving it my all because rather than playing around or wasting time, I feel that my everyday practice routine is the most fulfilling way to spend my time.
I also have friends who support me and people who will cheer me on regardless, plus I have the goal of becoming champion. I want to keep on challenging myself until I’m really no longer able to do so.
For now, I’m just going to keep pushing myself until the next fight, and I’ll enjoy myself once it’s over [laughs]. 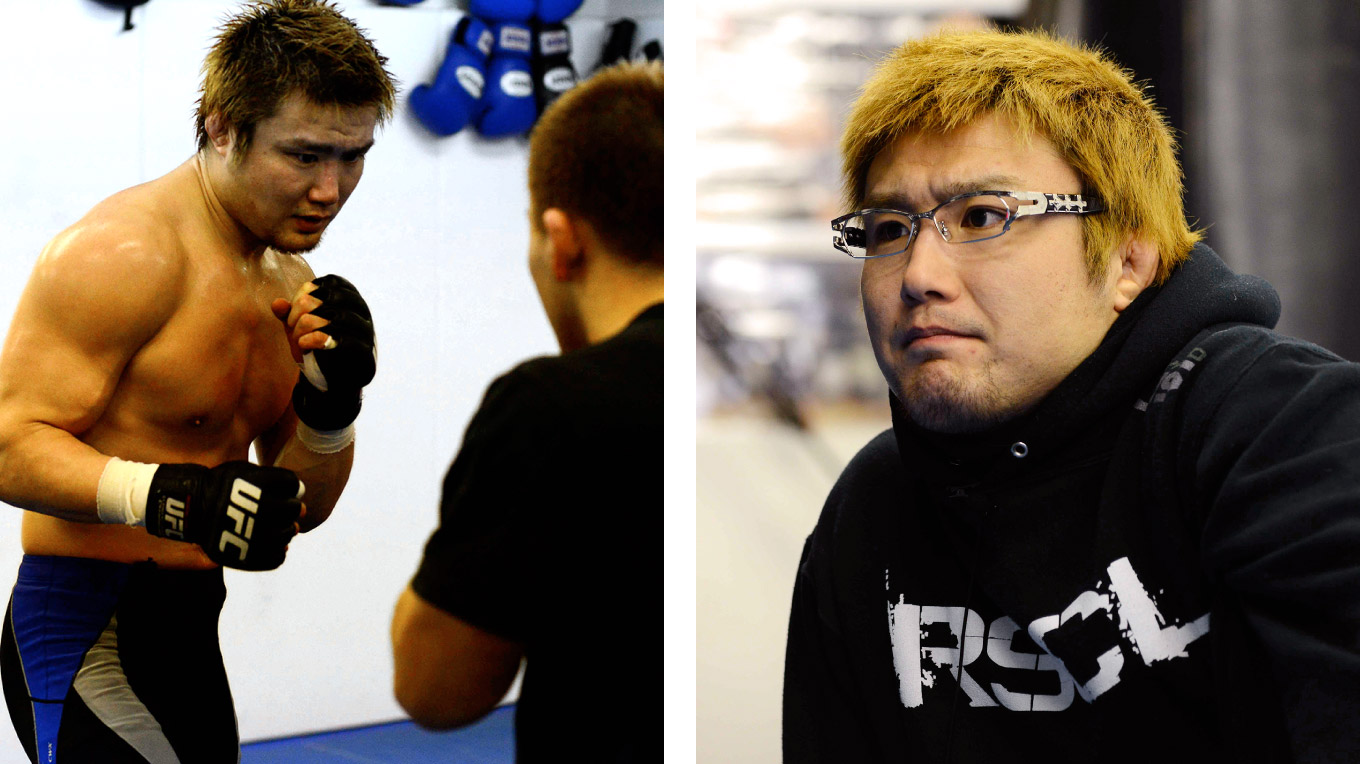 “Unshaken resolve: the single path of The Fireball Kid”

Going forwards, what path will you take as a fighter?

As a fighter, I want to take on the challenge UFC fights until I am satisfied with myself, and I want to make mixed martial arts popular again in Japan. I want to give my all so that everyone sees mixed martial artists and UFC fighters as figures to aspire to.
I hope that more children aspire to become fighters. On top of this, I’ve started the Rascal Gym as a private practice venue and its membership now includes a few professional fighters while at weekends children come to train. We haven’t got any proper classes going just yet, but in the future I want to help children who are aiming to reach the Olympics in wrestling or who are aspiring to become mixed martial artists develop.Interview : March 2014

“marcus raw” is a brand that I’ve collaborated on. OWN DAYS told me that they wanted to produce unique glasses based on the concept of breaking down stereotypes, which gave me my idea. These glasses have been produced based on my own image, and I think they are exactly as I envisioned as the design is rough and tough. I like their strength, comfort and ease of use. I wear them when I’m driving or when I’m going out.