A creator of new cocktails and the owner of a number of bars around Tokyo, OWNDAYS MEETS’s eighth guest is professional cocktail “mixologist” Shuzo Nagumo. Here he tells us about the journey so far on his quest for cocktail innovation, and what the road ahead holds for him.

Having begun working in bars in 1998 at Bar X-Marks the Spot in the Ikebukuro area of Tokyo, Japan’s preeminent “mixologist” Shuzo Nagumo endlessly invents brand-new cocktails with his masterful use of cutting edge technology and equipment.
After working at a range of bars in the Tokyo area, in July 2006 he decided to spend a year in the UK before setting out independently.
He worked at “Nobu London” in London’s Metropolitan Hotel before going on a comprehensive tour of Europe and then returning to Japan in August 2007.
After starting work at Tokyo’s “XEX Atago” in September 2007, he became the head bartender of the newly launched “XEX Tokyo” in November of the same year.
In January 2009 he established a company called Spirits and Sharing, and having opened two bars called “codename MIXOLOGY” in Tokyo, he is opening his third bar in the city, “MIXOLOGY laboratory”, in July.

The word “mixologist” first appeared in the mid-1990s after the term “mixology” was invented to express the concept of “the study of mixing things”, or “the philosophy of mixing things”.
While some people went dOWNDAYS MEETS of continuously refining the taste of “classic cocktails” such as martinis and gimlets, there was another movement, particularly overseas, for the liberal use of any available ingredients in the pursuit of completely unique, original cocktails.
The new terms took off between the mid-1990s to the year 2000 when innovative cocktails that used spirits such as vodka in combination with fresh fruit, herbs, and spices but didn’t include processed ingredients such as concentrates and liqueurs came to be known as “mixology cocktails” and the people making this kind of cocktail came to be known as mixologists instead of bartenders. 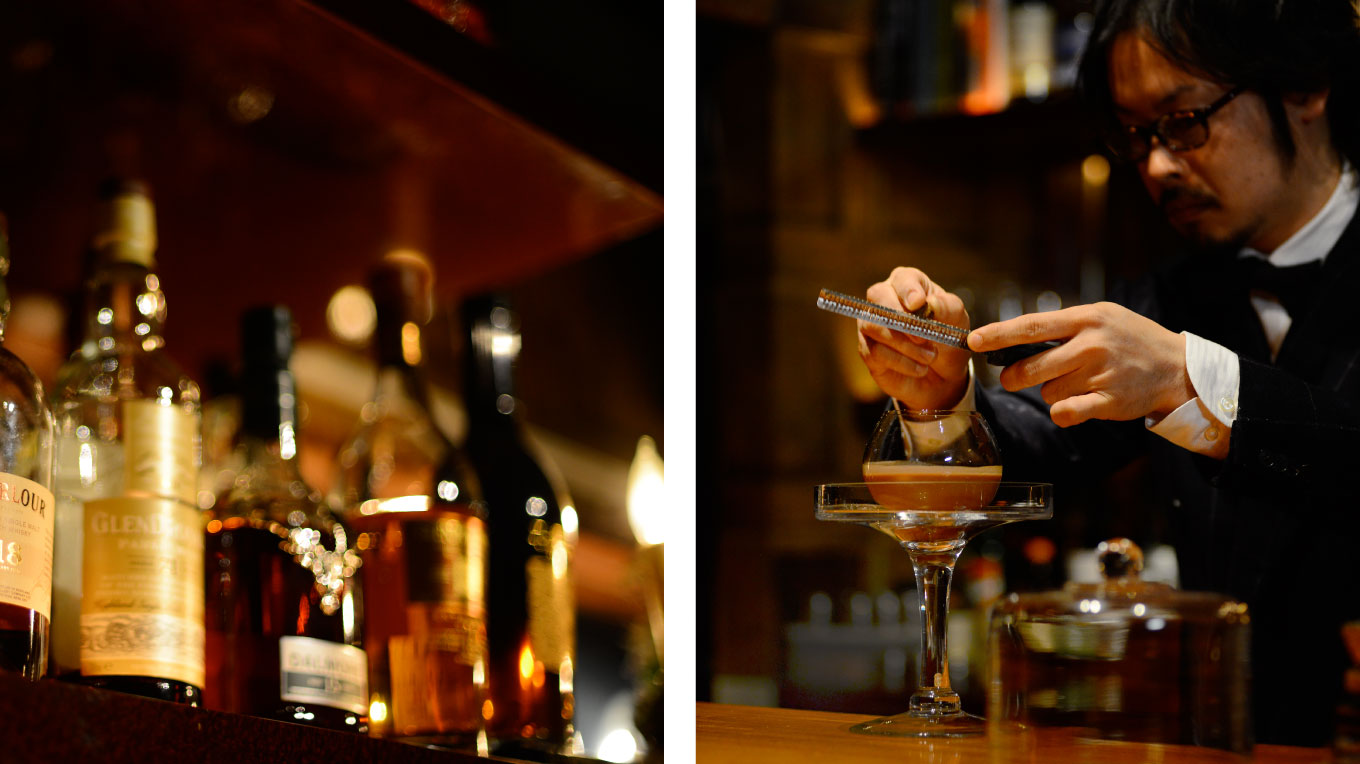 How did you end up working in bars?

When I became legally able to drink alcohol at the age of 20 it turned out that I couldn’t actually handle very much… and I didn’t like beer so that limited my options to the kind of cocktails that women usually drink.
I also didn’t like shochu (a distilled spirit popular in Japan) in any form be it with soda or on the rocks, but one day a friend of mind made me a cocktail using shochu and I was amazed at how good it tasted.
I found it really interesting that not only was I able to drink something that I didn’t like, but that it also tasted great. I was really fascinated by how taste can be transformed so completely, and how you can bring about this transformation instantly. The way I viewed the whole situation changed totally in an instant, and that was the start of my quest to become a bartender.
I later came across the book “Cool Cocktails” written by a famous bartender from London called Ben Reed, and I developed a strong interest in mixology. This book contained lots of extremely fresh cocktails that were new at the time, such as chocolate martinis and strawberry and basil martinis, and the fact that these kinds of cocktails existed had a massive impact on me.
After that my attention turned to other countries and I felt a desire to experience overseas cocktail culture and learn about the latest trends, and so I set off to become an apprentice in London for a year. 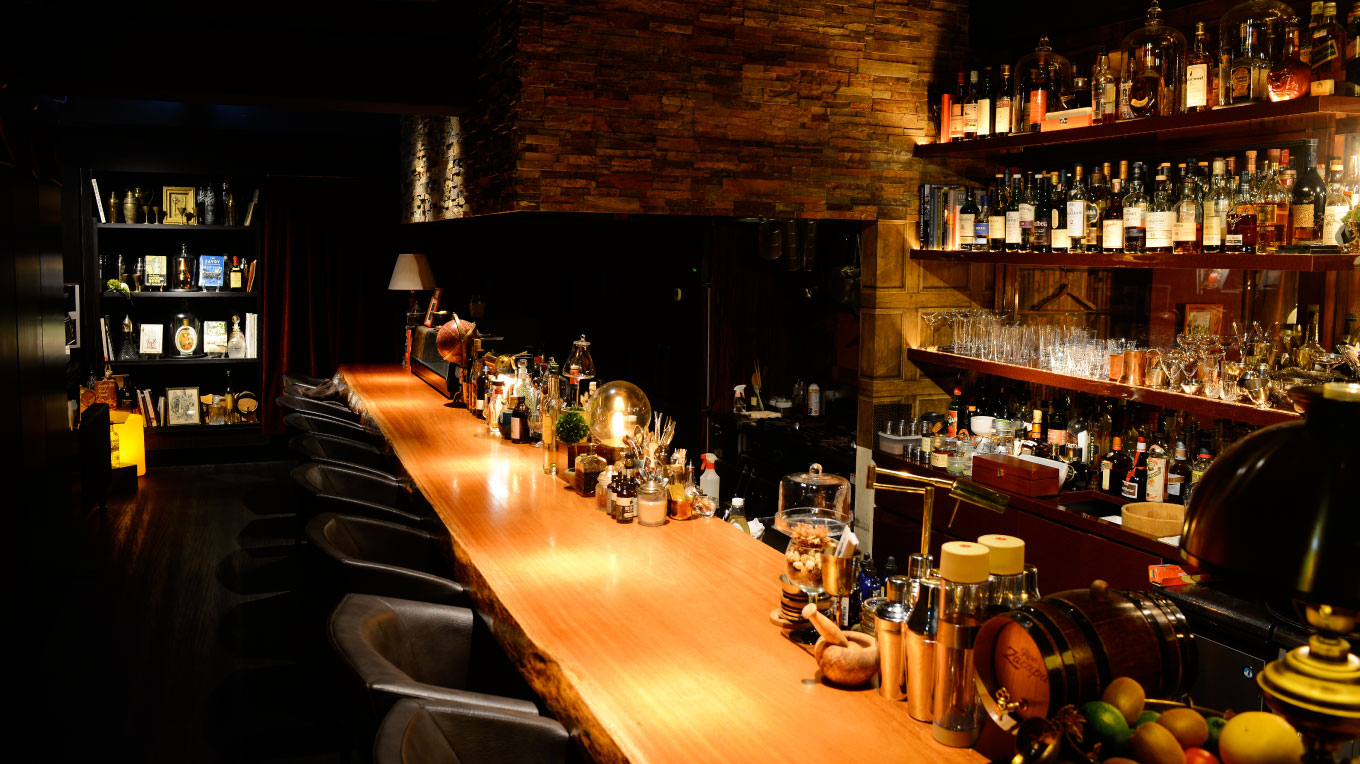 You are a bar owner now, so what do you think it is that makes bars appealing?

It’s the fact that you can have a lot of new encounters I think.
Of course, at any bar you encounter new food and new drinks, the music playing there, the bartender, and other customers. My bars also have a wide variety of books to read so you can encounter new books as well. I consider a bar to be a place that should offer such a range of new encounters, and we hope that from the customer’s point of view these new encounters will be exciting, so we intend to make our bars places where you can have such wonderful new encounters too.
Mixology is about freedom and creativity in the pursuit of new cocktails, and that in itself is really fun.
Of course there are things that you have to overcome, but having fun in exploring new ideas in any manner you like is important for me. I think being able to go forward and make completely new and original things is absolutely fantastic. 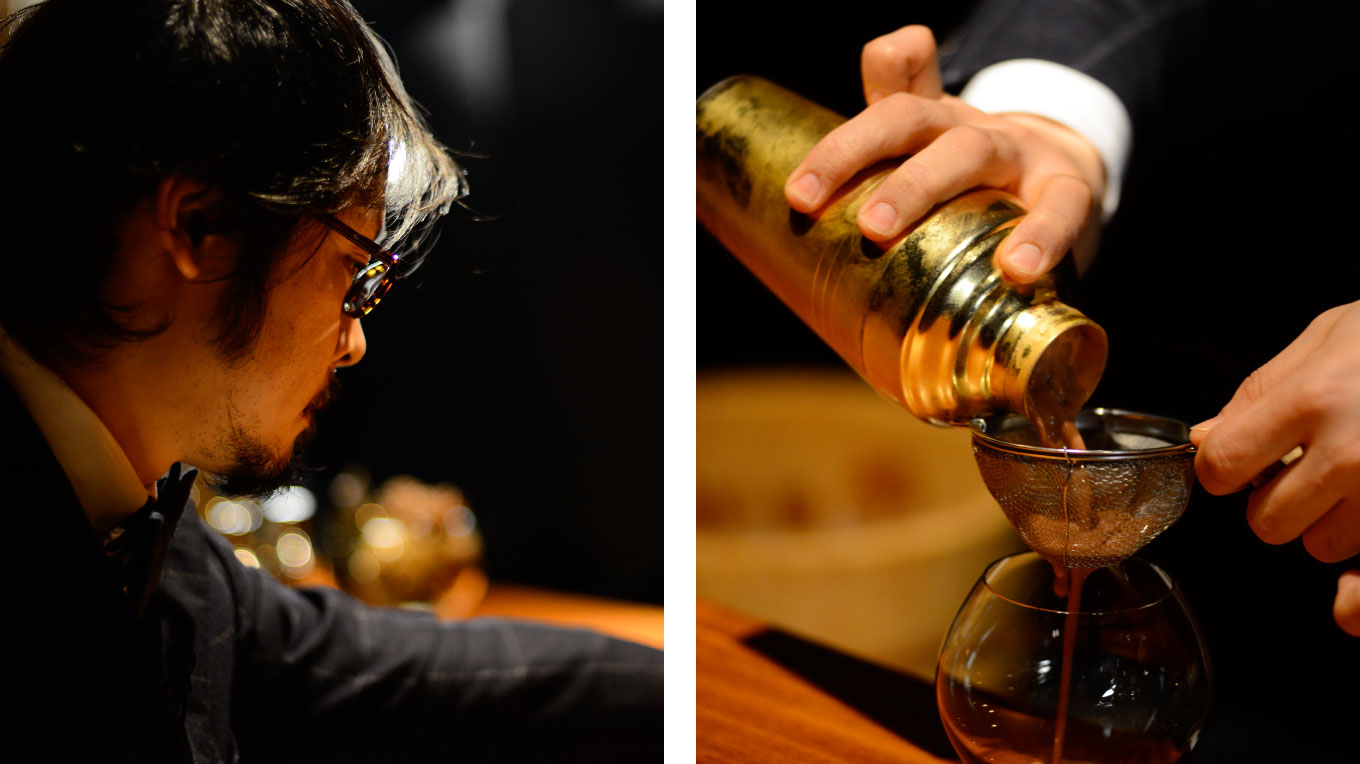 Are there any challenges you want to take on in the future?

There are many established traditions in the bar industry, but I think it is lacking an element of originality.
I’m going to open my third bar in July, and I want to make it a bar the likes which haven’t been seen before in Japan. I guess what mean is that I have a desire to create a new tradition.
I want to make cocktails and spirits that are totally new.
Ingredients that are indigenous to Japan such as wasabi, yuzu, sansho, bamboo grass and the like also have unique flavors, so I want to make uniquely Japanese cocktails using these products, and start selling them in Asia, Europe, and America.
You need to get a license before you start making and selling spirits, so once I’m qualified I hope to start out on the world stage.Interview : March 2014

Bartenders are always in motion due to the nature of their work. They have to shake drinks and move up and down and side to side, so I think that when it comes to eyeglasses the most important thing is that they fit properly. The ones I am wearing today have stayed exactly where they are despite the fact that I have been constantly moving, and they feel really nice to wear too. I prefer classic designs, and when I am at the bar or in any other such situation I usually wear a combination of a double-breasted suit and a bowtie so I chose these glasses because I feel they fit perfectly with this kind of classic style. Not only do they feel superb when I wear them they don’t get in the way when I am working and I really like the design as well.