Our guest in part 16 of OWNDAYS MEETS is Bernard Chauly, a film director from Malaysia. We speak to him about the past, the present and the future of his journey in filmmaking.

Bernard Chauly is a Malaysian director whose works have been screened in film festivals around the world, including Tokyo, London, Bangkok, Berlin, Amsterdam, Jakarta and Singapore. He has directed commercially-successful films which portray the spirit of the Southeast Asian communities. They include Pisau Cukur (2009), Gol & Gincu (2005), Goodbye Boys (2006) and Manisnya Cinta Di Cappadocia (2014).
In 2012, he directed romantic comedy, Istanbul Aku Datang (2012) which won Best Picture (Comedy) in the 2013 Asean International Film Festival. The film also earned Bernard the Best Director award at both Anugerah Lawak Warna 2013 and Film Critics Award Kuala Lumpur 2013.
Bernard also wrote the screenplay for Saying Goodbye (1997) and Adam and Steve (2000), the short films which he directed and produced.

What led you into the film industry?

I grew up in a small town in Malaysia called Ipoh and my grandmother was a film addict. She would watch two or three films a day. I used to spend a lot of time with my grandmother so I suppose from the time of four years old onwards I was very exposed to cinema. Growing up as a teenager in the eighties, nobody would think of the film career as a possibility. At university, I was generally confused about what I wanted to do. But doing a degree in communication and eventually being involved in film production led me into working in the film medium. I do owe it to the Singapore Film Festival because my very first short film Saying Goodbye (1997) was screened at the Singapore Film Festival years ago. Rather than being led into film, it was very much step by step. It seriously has been a case of one thing leading to another, starting with watching films in Ipoh as a boy to now, making films all over the world. 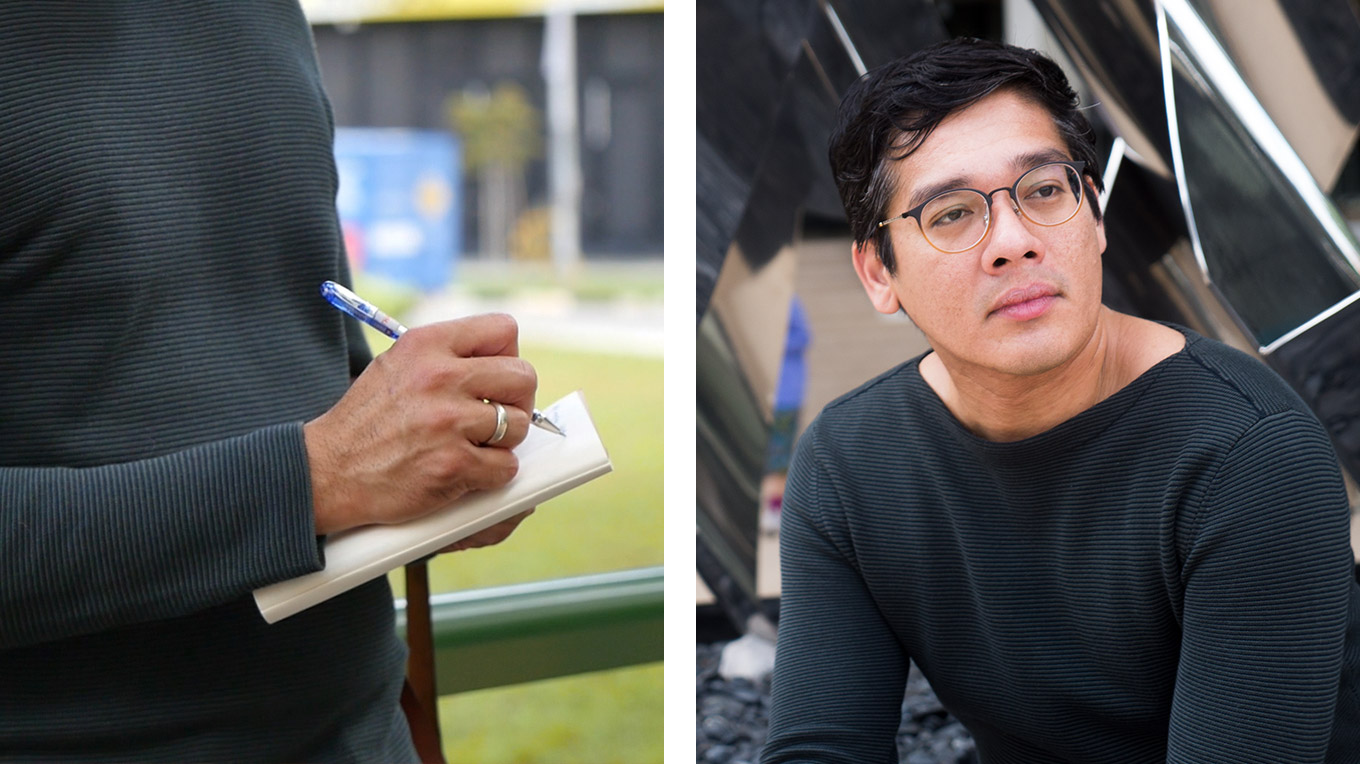 What do you enjoy most about being a film director?

I enjoy working with people. I love working with actors in different styles of filmmaking from comedy to subtle story telling. And I love traveling. Thanks to film, I have been able to travel for work to Istanbul. We’ve filmed two films now in Turkey and recently one film in Greece. Literally, it’s seeing the world as a story teller that I enjoy the most apart from working with films. To be able to do two in one is the perfect job really. I love my job.

Where do you get inspirations for your work?

I run a lot. And strangely when I run, I think about work to release stress. Actually, sometimes when I run to release stress, ideas pop into my head. For instance, the idea for Eropah, Here I Am(2016), my latest film, came about when I was running. And sometimes when I think I don’t know how to shoot this scene, I literally go for a run. I suppose it’s slightly meditative as well. And strangely also cooking. I love cooking. Like julienning vegetables, repetitive action actually helps me calm my mind and ideas pop into my head when I calm my mind. 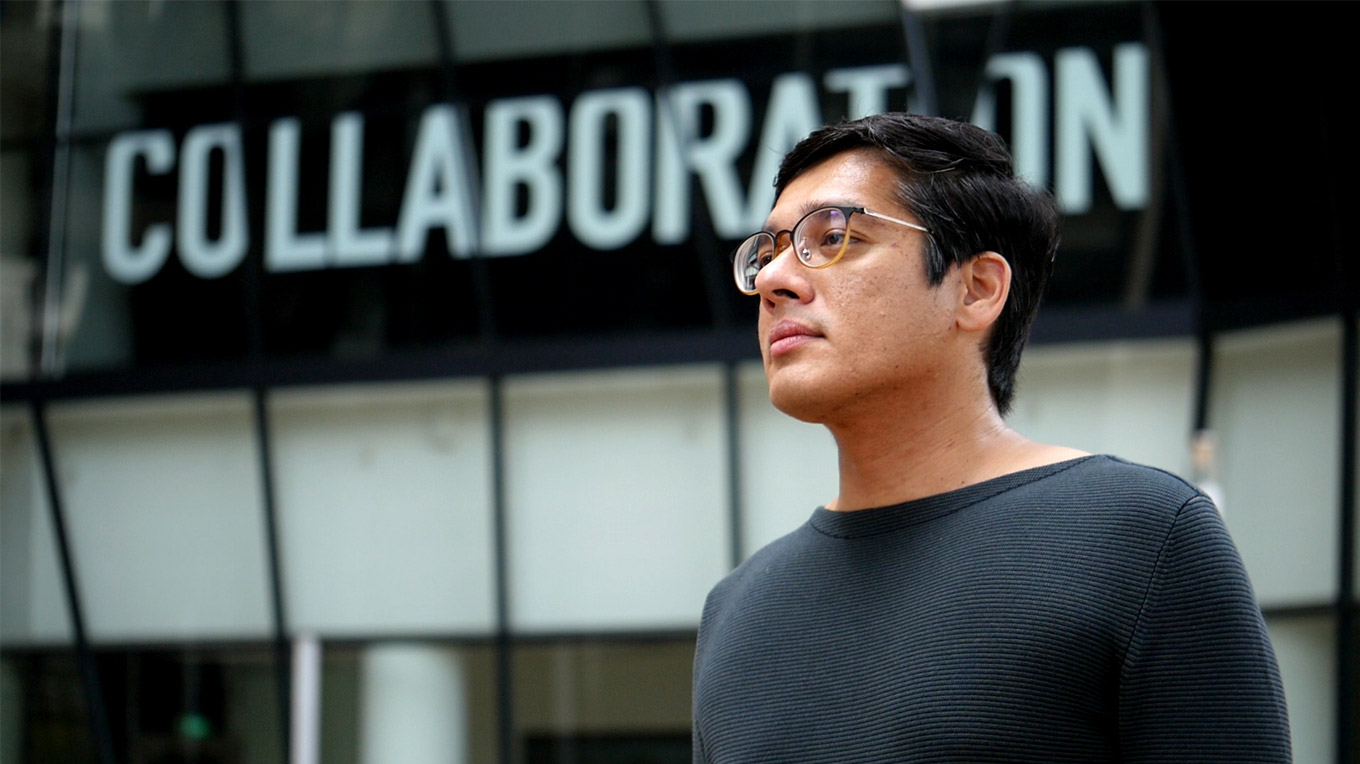 What is the biggest challenge you’ve faced in your career so far?

Recently, I had to rethink my relationship with the producer I’ve had for 13 years. Filmmaking, like everything, is relationship and the director-producer relationship is one that is very important. I realise that, like any profession, you need to push yourself to move forward and decide who you grow with. I suppose it is a big decision to see the world with new eyes, perhaps literally with a new pair of spectacles. To move forward with new sight, new vision and overcoming that challenge is by working with new people. I am now out looking at new relationships with people, with new vision. 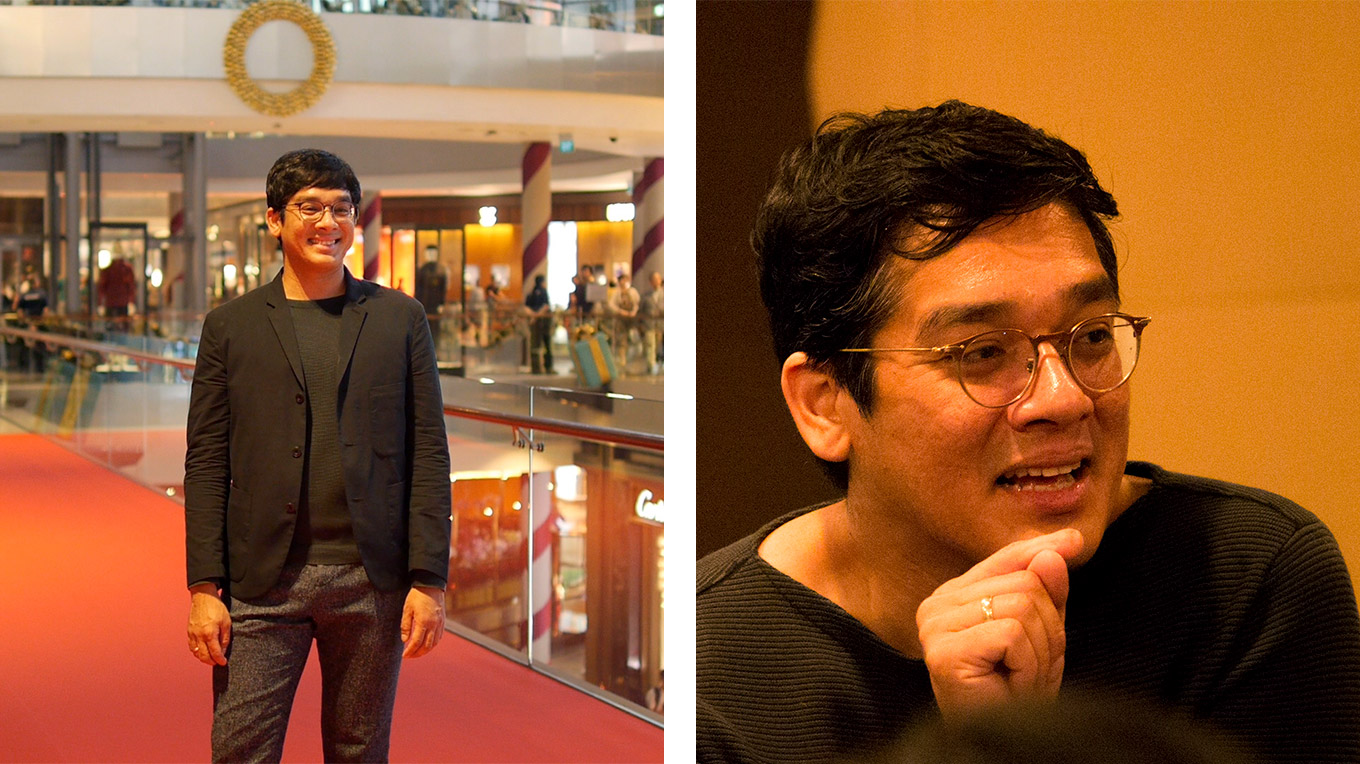 Besides directing films, what else would you like to try your hands on?

I love cooking. I love visual art. I love wine. I love traveling. I also love ramen [laughs]. One of the things I genuinely long to one day have is a simple ramen shop that is also a provision shop. I would be standing behind the counter with old man’s spectacles but looking young hopefully [laughs]. Funny right? That’s my retirement dream.

What I like about this is, it’s really light. It’s very, very light. And my prescription is actually very, very high, so the combination of the frame and the lenses makes it ideal for me. I love that it’s dual tone. With spectacles, you look at the shape of your face and what matches this. I like that it’s not too contemporary. I think it’s very stylish but I don’t think it’s screaming I’m a director. For me, this is the perfect pair of spectacles.