Beloved by her fans, OWNDAYS MEETS’s sixth guest Ryu Koshino is a former actress with the Takarazuka Revue all-female musical theater group where she was the star of the Moon Troupe and took on male-roles. She left Takarazuka Revue in October of 2013, so we caught up with this former “Takarasienne” to ask her about her journey so far and the road ahead.

Former actress with Takarazuka Revue theater troupe, took male roles as the star of the Moon Troupe
1993: Joined Takarazuka Revue in the 79th season playing male roles and made her first appearance in the Moon Troupe in “Broadway Boys”
1994: Assigned to the Moon Troupe (where she stayed until her retirement)
1999: Chosen as a select member to appear in shows in Beijing and Shanghai
2008: Appointed as the youngest ever troupe leader in the history of Takarazuka Revue at the age of 35, taking over from the retiring Aya Izumo
Went on to lead the 80 members of the Moon Troupe to many successful performances
October 2013: Retired from Takarazuka Revue after the final performance of the Tokyo shows and started out on her own, performing as Ryu Koshino
March 2014: Performed the national anthems of Japan and Switzerland solo at the opening ceremony at an event to mark 150 years of diplomatic relations
April 2014: Performed the national anthem solo at the final of the Volleyball Premier League

You left the Takarazuka Revue in October last year, and looking back, what kind of place was it for you?

Well, in the auditions for the Romeo and Juliet performances in 2012 I managed to win the part of Lord Capulet, a part I had always wanted to play. Putting everything I had into playing that role gave me an enormous sense of satisfaction and left me feeling that it was time to pass the baton to the next generation.
Takarazuka has this kind of unity between the fans, the staff, and everyone involved with the stage, a kind of family warmth, I guess. So whenever I went on stage that’s what I felt and it made me truly happy.
Takarazuka Revue celebrated its hundredth anniversary last year and the ceremony I attended the other day reaffirmed to me just how great an environment I had been in. 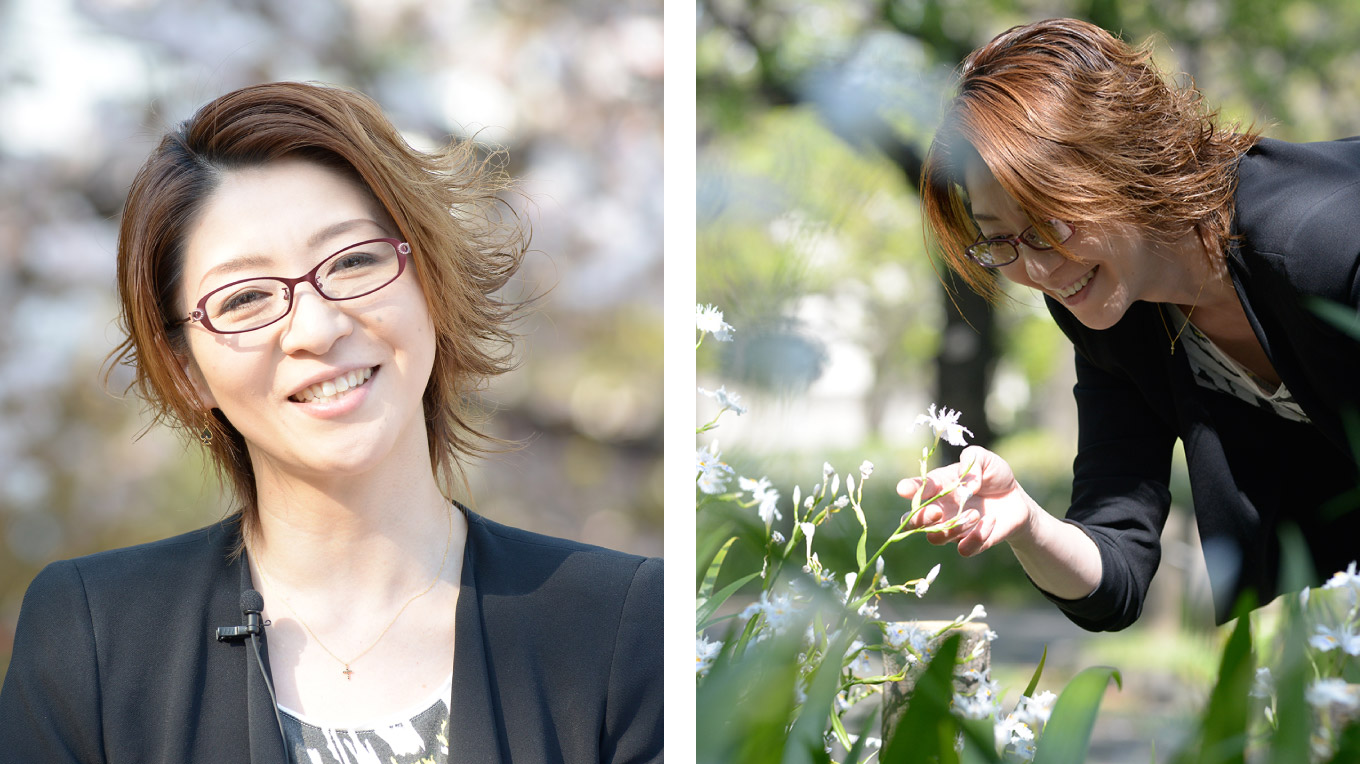 How come you ended up joining Takarazuka?

I was born in Niigata and started to learn ballet there from a young age. My teacher recommended Takarazuka, and that’s how I ended up joining. At the time, though, I felt that I would be happy just dancing, and because I was really bad at speaking in front of people I wasn’t very enthusiastic about joining Takarazuka.
But just around that time I had started to think that I didn’t have what it took to do ballet for the rest of my life and was wondering what I should do in the future, so when I heard about Takarazuka I decided to take the exam.
I started taking vocal lessons to get the skills required for the exam, but my teacher pointed out that I was lacking in motivation. I got told that I would never pass the exam with my attitude, and this gave me the determination I needed to start making a serious effort. Fortunately I managed to pass.

What did you learn at the Takarazuka Music School?

At the music school we did exercises all day from morning to evening in preparation for taking the stage.
We concentrated solely on practical classes for ballet, dance, Japanese dance, plays, vocals, tea ceremony, the piano, and the traditional Japanese instruments the koto and the shamisen.
As with traditional Japanese-style manners and things like that, your movements must be graceful in order to take the stage so we learned the fundamentals required for our performances.
I often hear people say that it must be a very tough world to live in, but I expected it to be nothing less and I enjoyed myself because I was able to experience the joy of doing a job I loved. For me it was also bliss because I didn’t have to be “studious” or write anything down [laughs]. 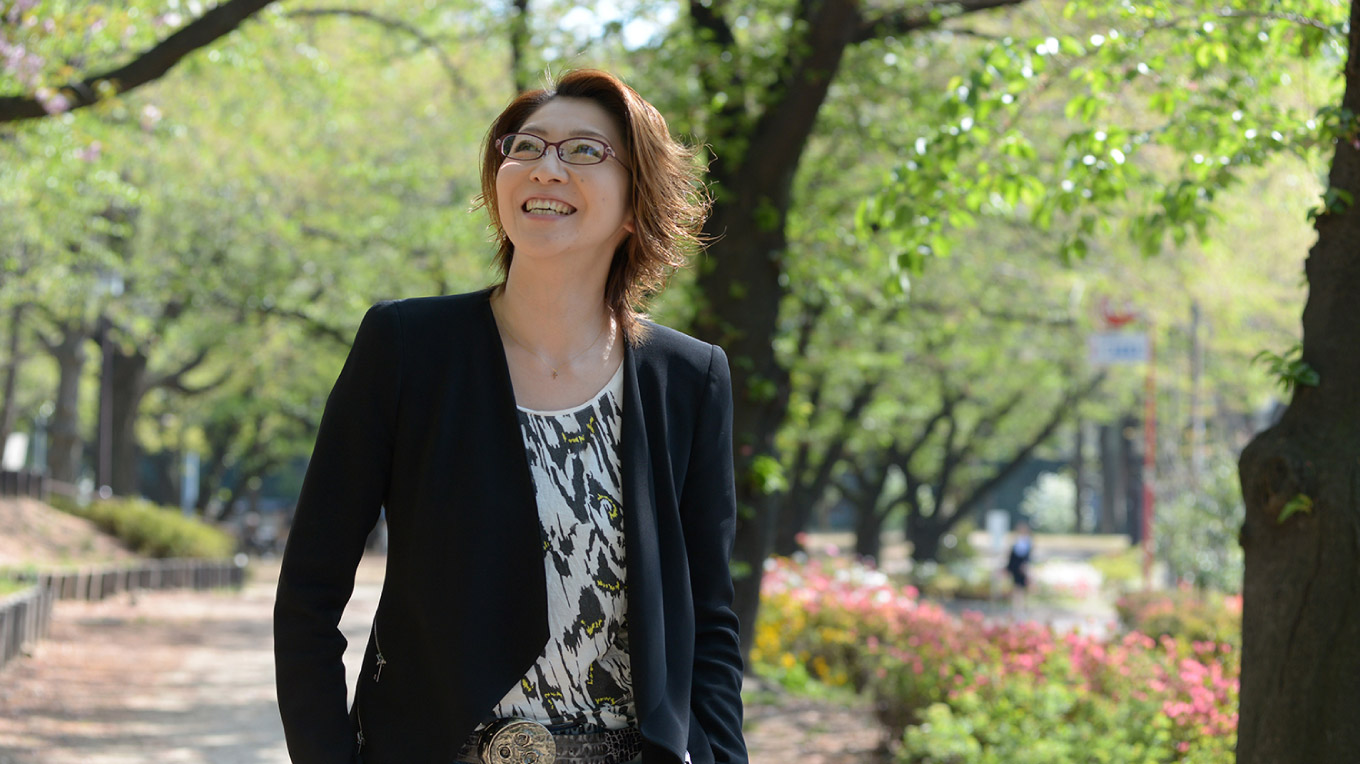 You played the male roles at Takarazuka and even ended up as the star of the Moon Troupe, right?

Yes, and I was really pleased to be playing male roles.
Playing a man on a stage filled entirely with women is only possible in the world of Takarazuka, I mean it all comes together thanks to Takarazuka’s uniqueness, be it the costumes or the makeup. So it was a really special feeling when I was performing.
As far as being the star of the troupe goes, the great stars who came before me and from whom I learned all had vast experience, and I never thought that I would become one myself so I was a bit hesitant at first. But the performance coach told me I should approach it as if I were the captain in a school volleyball club, and that really put me at ease.
I feel the fact that I was able to perform this role was down to the help of all of those around me.

Was there any performance that was particularly special for you?

I’m really fond of all of them, but my first performance along with the 40 others who joined the group at the same time as me is one of my most special memories.
The first performance is the one and only time that all people who joined the group in the same period have the chance to take the stage together, and I really remember it fondly because I performed alongside people with whom I had lived, practiced, and shed blood, sweat and tears for two years at the music school.
I will never forget how it felt to take the stage for the first time, and I will never forget the thrill of realizing that I was going to appear on the big stage every day. 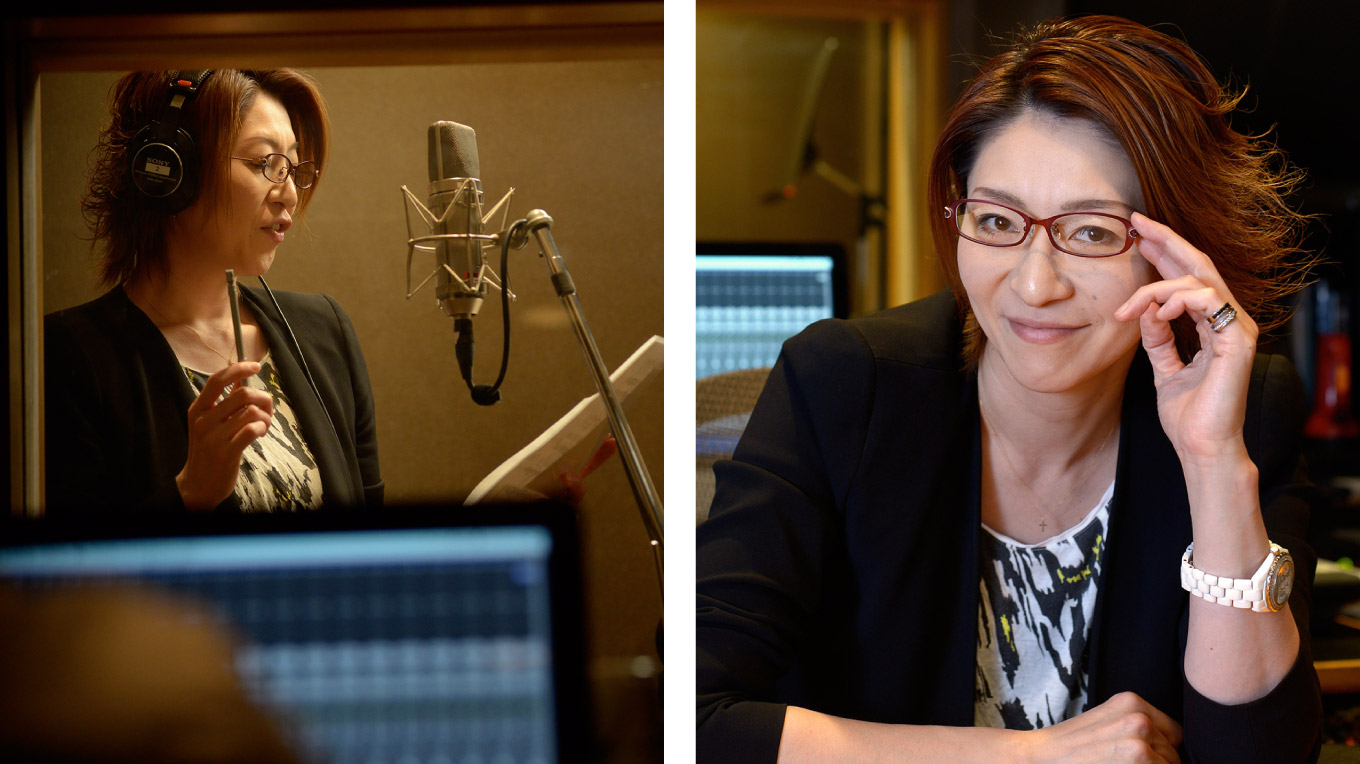 "The start of a journey down a new road"

What kind of challenges do you want to take on in the future?

I am truly starting from scratch now. It’s been half a year since I left Takarazuka after my 21 years there, and at first I was full of enthusiasm for reinventing myself, but after only three days I started to have doubts about my future [laughs].
I had no idea about the world outside Takarazuka and I really struggled because I didn’t know what kind of approach I should take towards work. But people around me offered me help which I gladly accepted, and the road ahead of me opened up a little at a time.
It’s already been half a year, but at the same time it feels like it’s only been half a year because each and every day has been so stimulating and I’ve done so many different things.
This year is going to be a case of feeling things out and seeing how it goes. One time when I was in Takarazuka I got the chance to do some narration work, and because it was a lot more challenging than I thought, I actually became interested in it.
I became interested in the idea of conveying something using only words and decided that I wanted to challenge myself in this area. My dream is to convey something to people using only my voice, to work using my voice.Interview : April 2014

Eyeglasses have an intelligent look to them, don’t they. I normally wear black or brown ones but since I want to show people the new me I chose red ones this time. I’ve never really worn glasses with thin frames or anything like that, but these are really light and comfortable to wear. Usually I wear thick frames, kind of manly ones, so I really wanted to try these more feminine, slim ones, and they are really nice. It’s also great to change the colour and design of the frames depending on your mood, too.